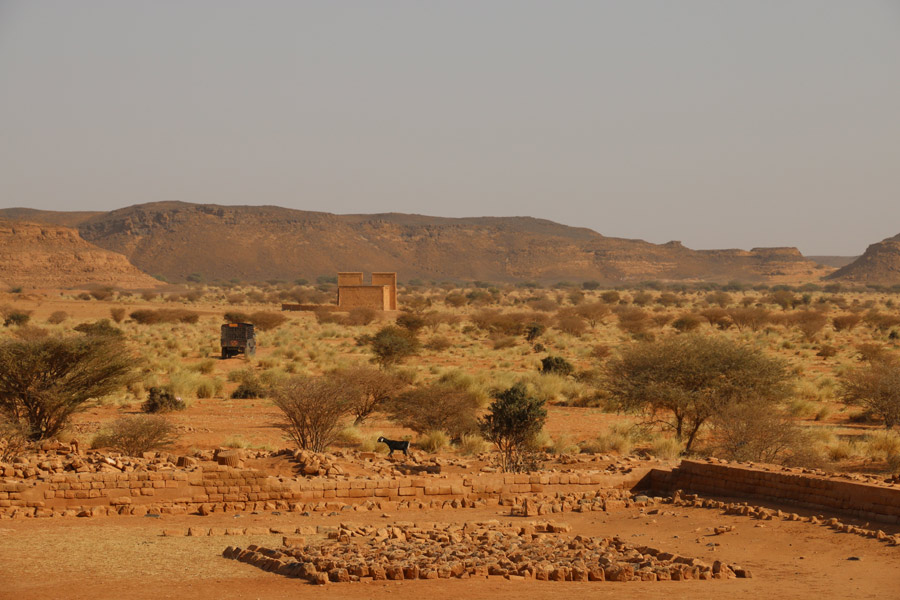 Musawwarat es-Sufra is situated about 180 km northeast of Sudan’s modern capital Khartoum, 25 km outside of the Nile valley in the semiarid landscape of the Keraba. The site’s main monuments are picturesquely scattered in the wide basin of Wadi es-Sufra, bordered by sandstone escarpments which rise up to 60 m above the valley floor.

Wadis are typical features of the (semi)arid landscapes in this region. A wadi is a valley that periodically turns into a river, channeling the surface run-off of the rain falling in its upper reaches and the surrounding hills during the rainy season and transporting them towards the Nile. Periodically, Wadi es-Sufra, which joins the larger Wadi Awateib south of Musawwarat, turns into a rapid stream. 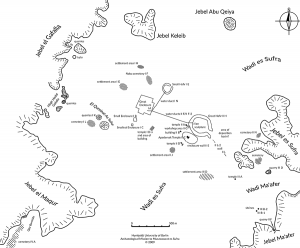 The course of the wadi and its individual channels determines the topography of the archaeological site of Musawwarat. Visitors experience this mainly when they move from one monument to another, thereby crossing areas of run-off with their uneven, sandy surface and a relatively vegetation of grass and thorn bushes.

In antiquity, as today, the yearly summer rains were the only available source of water in Musawwarat. Today the annual rainfall is about 100 mm. In the first millennium BC it was probably only a little higher, but interannual fluctuations were lower. Thus, for the Kushite period the environment of Musawwarat can be pictured as a dry savannah. Despite the fact that direct archaeo­logical evidence is (still) missing, we can assume that the region was inhabited by nomadic populations – as it is today.